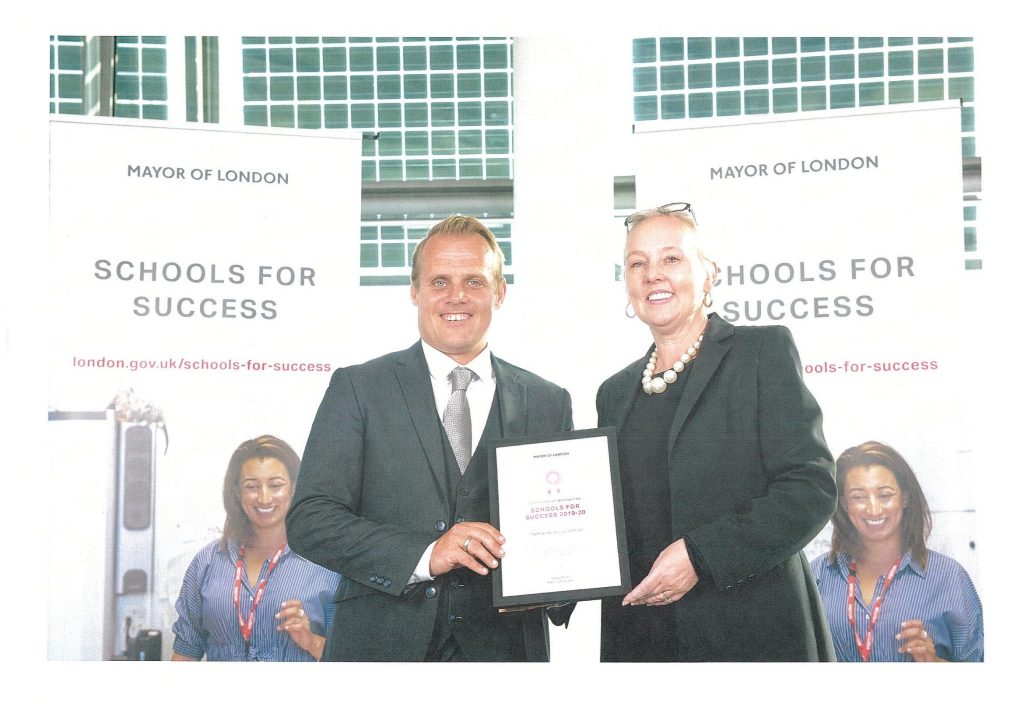 The Mayor of London, Sadiq Khan, has celebrated the outstanding performance of Parklands Junior School in Havering with an awards ceremony.

The school was honoured for its work to reduce educational inequality and achieve exceptional results for children who were previously behind in their studies, at a Schools for Success awards ceremony.

Parklands Junior School has been recognised for its excellent work in helping to raise whole school attainment and in particular for its achievements in progressing the learning of low-achieving pupils, putting the school amongst the top 3% of schools in England.

The Schools for Success programme was created by the Mayor in 2017 to improve the support given to children from disadvantaged backgrounds. The programme recognises primary and secondary schools that ensure strong progress for their lowest attaining pupils, has a strong overall performance and shares their work with other schools.

The ceremony was hosted on Friday (27th  September) by Deputy Mayor for Education and Childcare Joanne McCartney.

The Mayor of London, Sadiq Khan, said: “I’d like to congratulate the staff of Parklands Junior School for their excellent work. Schools for Success was created to celebrate the difference that teachers, teaching assistants, support staff and governors are making every day to support children and reduce inequalities, and this school’s inclusive and supportive learning environment is a great example of this. London has the best schools and teachers in the country, and by working together we can make sure that no young Londoner is left behind.”

Acting Headteacher, Scott Stevens, said: “We are incredibly honoured to have been recognised by the Mayor of London, Sadiq Khan, and his Schools for Success programme”.